“Somebody’s knocking at your door!”

Before you consider this a slapdash complaint, let me clarify. I’m not one to harp on anyone’s beliefs or herald my own in replacement of them. What we believe in one way or another fulfills us with a purpose to live meaningful lives. The way I see it, and collectively speaking, I believe each religion while varied or not in practice, shares the same God you or I call God. The word’s of an omnist would agree that all religions are acceptable, but a human being would furthermore be just plain accepting. How the Qur’an has Muhammed and the Holy Bible has Jesus Christ, for example, as the people’s disciples in their respective faiths, shows different texts but similar rituals. Whoever you follow and which ever doctrines you take up, I’m not against. To continue, I’ve had a history with the Jehovah’s Witnesses. While not a bad history or any means of civil rivalry, (which is an awful oxymoron; since when is rivalry used in a civil manner?), there remains a line between us that I personally wouldn’t want to crossover.

From middle school as early as I can recall, Jehovah’s Witnesses caught us at the lull of morning. It began usually at nine or ten o’clock, when the neighborhood is either fast asleep or vacant. In our case, we’d been used to eating breakfast at that time and paying a visit every Sunday. My father would be at the ready to relay his message, of course providing them that they share their’s first. After a ten minute or so chat, we got on with our weekend. Then they would send a roulette of Witnesses to our door, sometimes on Saturday instead and sometimes back-to-back. Now as open-minded as my family is, we’re not casting away Jehovah’s Witnesses and disregarding who they are. We know they are a people with good intentions and that’s how they proclaim and show their faith. However, the only stipulation is that Jesus is not considered the Messiah in their eyes. For them, they still lie in wake for God’s merciful return to save the earth’s believers or those who serve Him, an event addressed as Armageddon.

“The pamphlets used by Jehovah’s Witnesses for discussion.”

Jehovah’s Witnesses don’t count out Jesus entirely though. He’s still the Son of God, but is treated as a disciple for God’s plan overall. For us, what Jesus did was proclaim the Gospel through the Lord our God. Without Jesus’ life and death, we wouldn’t be washed away of our sins or the original sin from the beginning. This is the Catholic faith, and as Christians we believe Jesus is the Messiah because of this. Coming from my perspective, you can’t afford to miss this, regardless of the minor accepted differences between us. That’s just my faith. Jehovah’s Witnesses continue this proclamation with their own translations (literal at times) and publications from which Jesus carried out alongside his disciples and followers, but don’t accredit him as much as they do God. It’s understandable; God created everything after all, but with His Creation came an important part of it which I can’t help but feel Jesus is responsible for because of Him and through Him.

This confuses me for two reasons. Jesus was a devout Jew and preached the Christian practices found in Catholicism. If anything, was it not Jesus that brought all varying people, Gentile, Jew, Christian, or what have you, together to share in a bonding faith involving God? Again from my perspective, that sounds a great deal paramount for the basis of unity. Also, if Jesus was Jewish, how come he isn’t considered the Messiah for Jehovah’s Witness? It seems to me because Jesus brought other believers under one faith, and Jehovah’s Witnesses are doing the same, they argue it was God and God alone for Jesus’ doing as well as their own, again. It makes sense that Jesus would be the Savior for Jehovah’s Witnesses, because He’s Jewish and He came from God. Unless they see Jesus’ practice in two faiths a religious anomaly, then there’s a rough patch. Other than that, I can’t find another reason why. 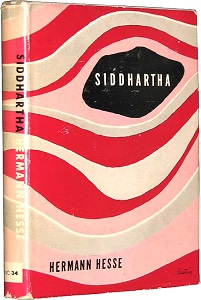 “Siddhartha is a portmanteau for ‘one who has found meaning of existence.'”

More than recently, my mother has befriended a couple of ladies from Jehovah’s Witnesses. She’s been visited by the same two women ever since I got out of high school, every Wednesday afternoon now. Every week brings a new topic and I will say, jokes aside, I admire their persistence. They’re disappointed when she’s not home as they come prepared just for her since she’s the only one they’ll talk to. If I answer the door, they say, “No problem, next time.” When it’s my mother, the Spanish knot has been tied. Once they find relatable ground, there’s a cushion to fall on before and after they speak their subjects for the day’s hour (or longer depending on how sociable they are). They’ve grown attached and my father knows it the most; he still tries to convince her to kill them with kindness. She can’t bring herself to do it despite her leniency and on top of that, we don’t want to discount their beliefs as lesser to our own.

Dad’s words were always, “We believe Jesus Christ died for our sins,” and he leaves them with that. His candid statement doesn’t spark conflict, just disappointment I can imagine. I imagine that’s the case when two religions meet. You hear about religious wars and I’m sitting here thinking: what religion tolerates war? I’m a peaceable fellow and I’d never tread on others virtues and their sense of it. Nor would I force my beliefs onto others, which isn’t the intent I’m trying to convey of Jehovah’s Witnesses. My father speaks of my family’s faith with the most finality, and I admit he isn’t as open-minded as I am (he wouldn’t let me buy Hermann Hesse’s novel, Siddhartha, even though I’ve read it in school), but I think it’s healthy to know of other religions, even if you don’t take them up as your own. To have that knowledge helps us understand where people come from, not just in religion but in morale and lifestyle choices. Rather than being in opposition, we start to feel an apposition for the good that we all can embody. I thank Jehovah’s Witness for that. Also, my Humanities class. Go humanity! 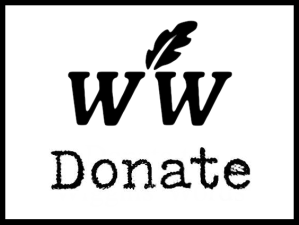 What do oranges and the apocalypse have in common? Both started in China.
Be careful with Cupid's arrow.
Stay on target, even when you miss.
Teresa is my spirit animal.