“We gather together to create the world, and what’s more, we are moved by the waves of the world and thereby brought to life.”

In pre-World War II Japan, a boy named Honda Jun’ichi loses his father, leaving him socially perplexed about his place in life. His fun-loving creativity leads Honda to troubling yet curious questions about and for the world. He decides they are not enough for one mind to think of, so he seeks council from his uncle, his mentor and father figure. From one discovery to the next, Honda is relieved and ready to explore the boundless knowledge and cultures of the human race through the lens of his own life and life itself.

How Do You Live? is a bildungsroman Japanese tale translated to English for the first time since its original publication in 1937. While its resurgence will garner new readers, it has also brought the acclaimed animator of Studio Ghibli, Hayao Miyazaki, out of retirement to make one last film based on this classic, his childhood favorite, and just in time for Ghibli Fest. The story acts as a time capsule that remembers not only the idyllic past, but a promising future. The novel is careful not to be overbearing with its historical and political context as it serves a necessary, metaphorical, and practical ethos. The book also takes aims at groupthink, selfishness, and the suspension of disbelief with considerate measures, thoughts, and defenses against their extremes. Put simply, Yoshino writes with metacognition, depicts a progressive multiculturalism while recognizing the dark side of human nature, and celebrates ideas, the people who have them, the people without them, and the people who misuse them. It is also a celebration of celebration itself, the ability to be grateful, to exhibit gratitude for the actions, feelings, and thoughts we have. In this way, the life lessons presented by the characters become one bridge rather than a border between each other and a story that they tell together and apart, knowingly and unknowingly.

The reader cannot help but be caught unawares by the selfless mindfulness and truthful awareness that can easily be overlooked due to the immediacy of the present moment. By the same token, it is also a time to live in that moment, to reflect before and after one acts, to never squander the meaning around one’s self and inside others. A most befitting and prominent example of this is when a character grows ill at one point. The expected writer of this novel was initially Yūzō Yamamoto until he too became ill. Here Yoshino adheres to both philosophies of life imitating art and art imitating life. How the uncle and Honda create their own nomenclature for behavior, ethics, history, science, religion, philosophy, and other studies helps them to think of themselves less, not less of themselves, and think of others’ lives in the process of knowing what life is. Their many talks also lead to Honda’s affectionate nickname, Copper, after their discussion about Copernicus and his heliocentric theory. The experiences of Copper are at first hand, unfiltered, and brand new while his uncle takes a journalistic approach, documenting the moments as their own individual and interconnected events. The remarkable and clever attributions of the world’s leaders, martyrs, saboteurs, saints, and thinkers’ efforts from hundreds of centuries and millenniums ago to one’s life now and its purpose moving forward is not just Yoshino’s story, it is everyone’s story, the story of the human race. Beyond wishful thinking, more than the vicarious absence of self, How Do You Live? prepares a slice of pie in the sky you can reach out and taste. By accepting and elevating one’s sensations for each doubt, fallibility, fear, foible, folly, forgiveness, misery, regret, sadness, suffering, and joy, there will be discovery and self-discovery for life’s big question: what does it mean to be truly human? 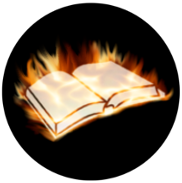